The closest national park to the safari town of Arusha and is the smallest of all the Tanzania National Parks of the Northern Circuit. This park is quite a forgotten gem in the Northern circuit, because contrary to the fact that it has been often overlooked; it is a very beautiful national park and basically the only wildlife national park where walking is allowed allowing visitors to experience the African bush on foot, in a fully gazzetted national park.

Apart from game drives in the national park visitors can go for armed ranger guided walks on the slopes of Mount Meru the second highest mountain in Tanzania which is also located in the Arusha National Park. The crater rim of the Ngurdoto Crater is another awe inspiring place to do bush walks guided by rangers in the national park. Some of the animals that can be encountered include the buffaloes, elephants, Masai giraffes, elephants, bush hogs the reed bucks, the shy Duikers among other large and smaller mammals. 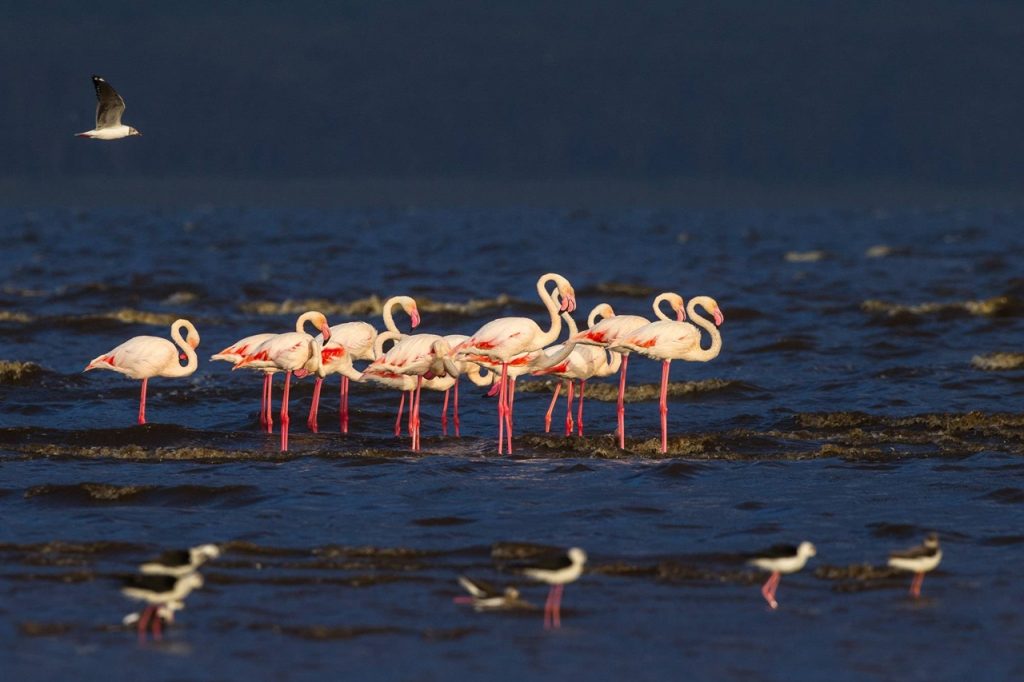 The beautiful lakes of Momella are famous for large flocks of colorful flamingos and many other aquatic birds. Canoeing in these lakes is another excellent activity that can be combined with walking safaris for an unforgettable African experience. Stunning views of the Gigantic Mount Kilimanjaro and the Mount Meru makes Arusha National Park very scenic unlike other national parks situated on the plains.

Arusha National Park can be included perfectly at the beginning or at the end of a safari, or as a day’s trip excursion destination that can be done from the lodge in Arusha town and back.

In case you would like us to include this ‘forgotten gem’ in your safari to Tanzania, please let us know and we shall include it in your private safari itinerary.