Ruaha National Park is one of the most amazing ‘real wilderness’ parks of Africa. 10,300 square kilometers area, 10 hours drive away from Dar es Salaam, the Ruaha is now the largest national park in Tanzania and home to more than 10, 000 elephants making it the largest population of jumbos in any East African National Park. This park is situated at Central Tanzania, yet it is in the Southern Touristic Circuit and always incorporated in the southern Safari itineraries along with Udzungwa Mountains National park and Mikumi National Park.

The lifeblood of this spark is the Ruaha River from which also the park derives its name. This river ensures a year round supply of water and also makes the center stage of the wildlife action as the predators try to make a living from the prey who risks life to get this necessity in the form of water which they can not do without. 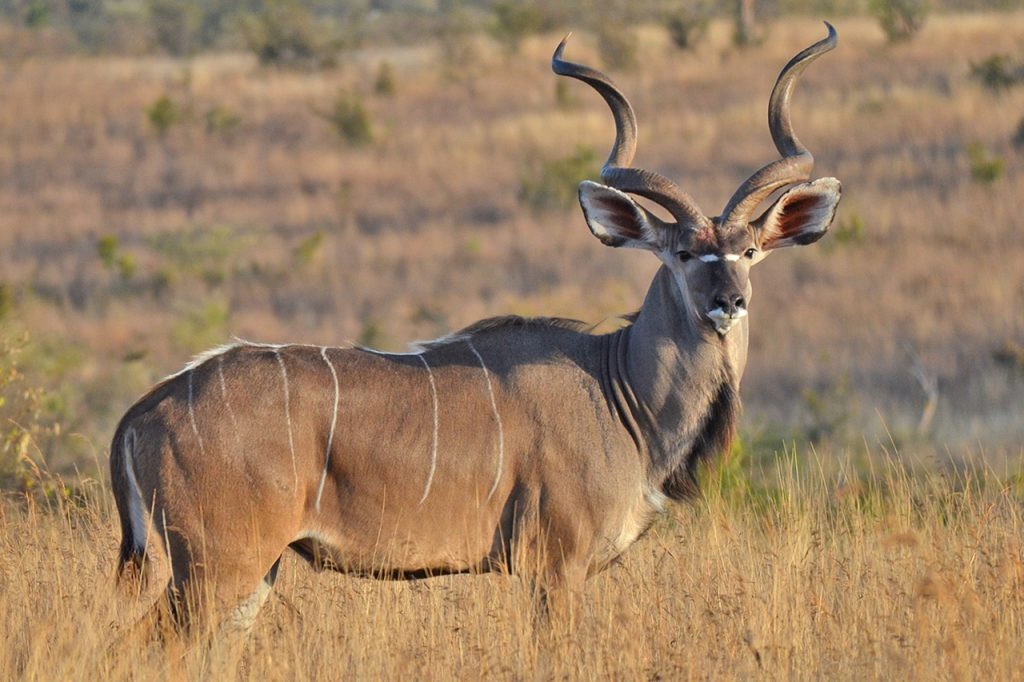 Animals found in this park vary from the small to the largest, including the Grant’s gazelles, the lesser kudus, the roan and the Sable antelopes, the elands and as well as the greater kudus among many more species. The predators include lions, spotted hyenas, but the most highlighted is the rarest and the highly endangered African Wild dog. You can pray for your luck when entering this national park and emerge having spotted the African wild dogs in their natural habitat.

More than 450 species of birds; residents and migrants alike, have been spotted in this vast national park and so for the birders, take out your binoculars, cameras and spotting list for the likes of the crested barbets, the elegant yellow-collared lovebirds and the rare ashy starlings.

Once again if you are after the isolated African bush undiscovered by many why not contact us any we shall make your dream come true.

Apart from the normal game drives travelers can get involved in off the car walking safaris and hiking through the untouched African bush. Tours that include Ruaha National Park includes our 3 days Ruaha Safari Fly in and out, as well as our longer; 8-day Southern Tanzania Safari that also includes, safari in the Mikumi National Park and the Selous Game reserve.

Best time to visit Ruaha National Park is at the middle and towards end of the Dry season (June to October). That is the the best time for watching wildlife in the vast plains of the Ruaha National Park. During that time animals are easier to spot because the bushes thin out after shading excess leaves but also wildlife usually concentrates around trusted water sources like the Great Ruaha River.

May to October – This is the Dry Season in Ruaha National Park.  During this time wildlife viewing is easier since the bush thins out and animals gather around rivers and waterholes. The skies in Ruaha are also bright with almost no probability for rains during the day and night.

Malaria risk is at also the minimum because the numbers of mosquitoes drastically reduce due to less still water and therefore less breeding ground for the bugs.  The weather is also unfavorable for the mosquitoes.

Heat is less overpowering, and it is also not as humid, but take note that dust and dryness is common during this time of the year.

Low Season in Ruaha – April and May (During this time many lodges and camps close during the long rains season).

During this time the scenery is green and full of green vegetation. This period there is less tourism which also means that there are fewer crowds and better rates.

This period is a great time for bird lovers because it marks the arrival of migrating birds means bird-watching is at its finest.

Take note however that roads could become impassable during this time which is the long rains season in most parts of East Africa.

Due to long grasses and thick bushes however wildlife viewing may not be as good as during the middle and end of the dry season.

The heat is high, and it becomes (humid) steamy and damp, and most accommodations close during this time.