Our 4 days safari in Tanzania (Express) is one of the best short safari tours you can take in the Northern Safari circuit of Tanzania! It is a 4 days express safari in Tanzania because in 4 days you will have visited 3 of the best parks in the Northern Tanzania safari circuit namely; Lake Manyara National Park, Serengeti National Park as well as the amazing Ngorongoro Crater for safari.

We have created this 4 days Tanzania safari express specifically for the traveler who only has a few days to spend in Tanzania but would like to get a real sneak preview of what safari in Northern Tanzania looks like with real wildlife safari encounters and if lucky one can even spot the Big Five in this short safari in Tanzania.

Where to go, 4 Days safari Tanzania

Tarangire National Park is one of the parks in Northern Tanzania that can be often overlooked but it is a perfect wilderness area for game watching with plenty of animals and a birders haven as well. The park is mostly known for its legendary extraordinarily large herds of elephants sometimes numbering upto 300 in one family and the huge baobab trees that can be upto 1000 years old.

Any visitor exploring Tarangire will be amazed by the large herds of elephants that migrate from Tarangire to lake Manyara, as well as other animals like zebras, giraffes, buffaloes, monkeys, troops of baboons and many bird species that can be spotted.

The most famous and best park in Tanzania and Africa, Serengeti National Park is well known as the home for the wildebeest migration, with a little bit of luck you will be able to spot the wildebeests herds in unbelievably large groups grazing in the central Serengeti.

A UNESCO World Heritage Site and a world biosphere reserve, Ngorongoro Crater is a place like no other. The Crater floor is a small area of approximately 21 Km across the largest unbroken caldera in the world, which now harbors the highest concentration of wildlife in the world (per area) in a natural habitat. Approximately 30.000 animals roam the wild in the Crater.

Accommodation during this 4 days Tanzania safari will be in nice mid range lodges and tented camps that we use regularly for our clients and they are always very happy. We can however revise the same accommodation and substitute with other options that are more luxurious in case you wish to use more upgraded accommodation options.

Early in the morning after your breakfast at your hotel or lodge in Arusha you will be picked by your private safari guide who will be in charge of your safari for the next 4 days in Northern Tanzania. You will leave Arusha in a 4×4 safari Landcruiser and drive through the Masai Steppe and into the floor of the Great Rift Valley arriving at Tarangire’s main gate at around 10.00 Hrs. After registering at the gate, you will embark on your first game drives straight away from the park’s gate as your private safari guide helps animal spotting and identification. Tarangire National Park is famous for its large herds of elephants sometimes 300 strong as well as the massive baobab trees with some being over 1000 years old. The Tarangire River that cuts across the park provides the all too essential water supply and the river banks are a great place to explore because many animals comet to drink especially during the drier months.

You will spend the rest of the day doing game drives and expect to see animals like elephants, giraffes, at the lake, gazelles, impalas, dik diks, zebras, and many other animals. Depending on your luck you may also spot the rare species that can only be spotted here like the long-necked Gerenuk, and the oryx.  Tarangire is also a favorite place for bird watchers.

Lunch will be at a picnic site in the park. Late afternoon you will be taken to Karatu where you will check in at the Marera Valley Lodge for dinner and overnight. Breakfast and lunch included.

On this day you will wake up for an early breakfast at your lodge in the peaceful Karatu area in the Ngorongoro Highlands and after breakfast your safari drive will take you to the Loduare Gate (main gate to Ngorongoro Conservation Area) where you will register in order to traverse the NCAA exiting again by midmorning or noon at Naabi Hill gate where you will register to access the Serengeti National park. While crossing the Ngorongoro Conservation Area you will most likely spot animals on the way and expect to encounter giraffes, zebras, elephants and other animals.

You will most likely have lunch at the picnic sites at the Naabi Hill Gate then enter Serengeti for an afternoon of more safari in Tanzania’s most famous national park. Game drives will go on within the Serengeti’s endless pains until late afternoon when you will check in at a lodge or camp at around 6 PM for dinner and overnight. Overnight at Osinon Camp Serengeti. All meals included.

On this day you can do an early morning game drives at dawn if you wish. After breakfast at your lodge/camp in Serengeti, your 4 days safari in Tanzania proceeds with game drives inside the Serengeti for the better part of the morning.

Serengeti National Park is the most famous park, well known for the large herds of wildebeests, zebras, gazelles, impalas, buffaloes, lions, leopards and many other animals. More than 500 bird species have been spotted in this park making it a great place for birds lovers as well.  This afternoon you will be heading to the Ngorongoro Conservation Area where you will check in at a lodge at the Crater rim or you may also go back to the same lodge at Karatu depending on room availability or preference. At Ngorongoro Conservation Area you may choose to visit a Masai Village (at an extra cost), please arrange that with your safari guide. Dinner and overnight will be at Rhino Lodge or Marera Valley Lodge  in Karatu just outside the NCAA.

This is the last day of your four day safari in Northern Tanzania and starting as early as possible in this last day is very crucial.  Animals in the Crater and especially the rare black rhinos can be easily spotted when they are closer to the game viewing tracks early in the morning as they like to shelter in the thicker forested areas during the day. With packed breakfast you are sure to be one of the first people at the Crater floor and that increases the chance to see many animals both diurnal but also nocturnal ones. Ngorongoro Crater is famous for the abundance of animals and birds that can be spotted at very close range. Expect to see many elephants, wildebeests, topis, zebras, buffaloes, elands, gazelles, impalas, prides of lions, cheetahs but if lucky, you also get to see Black Rhino and may be a leopard to close all the big Five animals. Later in the afternoon after lunch you will drive out of the Crater floor and driven back to Arusha, marking the end of express mid range option of your 4 Days Tanzania Safari.

If you are scheduled to depart on the same evening we can offer always arrange your transferred to the Kilimanjaro International Airport. Please let us know this information during booking so that we may arrange everything in advance.

This same 4 days safari in Tanzania can be arranged while staying at more luxurious lodges and tented camps. Please request for revision of accommodation in case you need any changes by our able Tanzania safari experts. Give us your details on the booking form on this page or start on our homepage for Tanzania safari tours!

Group of more than 6 Travelers – Please request for your group discounted price.

Children Prices depend on Children Age and the rooms used.

We can customize the program according to your interests and budget.

The Package does not include

Please get in touch with our experts for more on how we can customize your Tanzania safari tours! 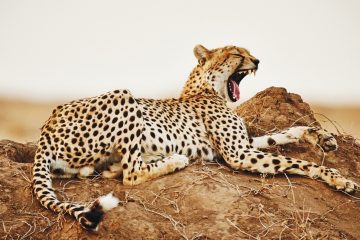 10 Days of Highlights of the Legendary
10 days 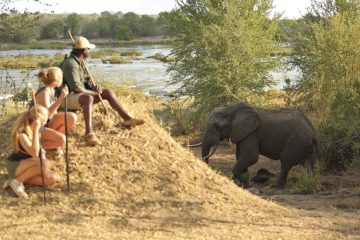 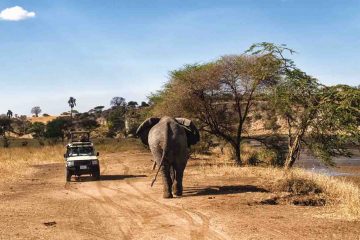