Tanzania Budget Safari is the ultimate solution for anyone who would like to experience the best of Tanzania safaris by getting up close and personal with nature, and still not break the bank. Budget safaris in Tanzania can be done by both staying at affordable lodges or as basic camping safari in Tanzania.

Tanzania budget safaris; where to visit?

Just like the luxury lodge safaris in Tanzania, our basic camping and budget lodge safaris take you to all the parks in Northern Tanzania. You will bet to enjoy amazing wildlife sightings in the Serengeti National Park, as well as the world famous Ngorongoro Crater which is part of the Ngorongoro Conservation that also includes Ndutu Plains where the wildebeests breeding and calving safari happens every year between December and March.

You will get a unique chance during our budget Tanzania safaris to witness the Wildebeests Migration if that is your main interest but also spot the big five with the help of our professionally trained and well experienced safari guides. The Big 5 includes the Lion, Elephant, Leopard, Buffalo and the elusive Black rhinos that can be spotted in Ngorongoro or Serengeti National Park.

Tanzania is often perceived to be a very expensive country to tour if you want to visit for a wildlife safari tour, and little is known about the possibility to do a lodge safari in Tanzania but still do it at a budget. We actually work with a few hand-picked budget lodges and tented camps in parks like the Serengeti and outside the Ngorongoro and Lake Manyara i.e. Karatu and Mto wa Mbu towns respectively where there are a few lodges that charge affordable prices. At Serengeti camps like Osinon Serengeti Camp, Alkanjoi Camp, Thorntree Camp charges reasonable prices and if combined with cheaper lodges at Karatu and Mto wa Mbu, we can ensure that you will be getting a quality Tanzania safari tour at an affordable price.

Budget lodges at Karatu includes lodges like Eileen’s Tree Inn, Octagon Lodge and Green Hills Lodge, while at Mto wa Mbu you can stay at the Eco Boma Camp or Fanaka Lodge & Campsite.

The budget camping safaris involve staying at public campsites located inside the parks and around the parks some located at the park boundaries like it is the case with Tarangire National Park and Lake Manyara National Park.

At Serengeti there are a number of public campsites at Seronera; Central Serengeti, including Pimbi, Nyani and Tumbili Public campsites.  Our experts for Tanzania Safari will inform you more about the basic camping safari in Tanzania and how it works, but generally we cater for everything including your camping gear and food during your safari. Your professionally trained safari chef will accompany you throughout the safari and he will be responsible for pitching your tents with your help if you wish to join in to learn some new culinary skills.

The price for a budget safari in Tanzania usually depends on how many people are joining you on that safari, and which parks you will be visiting during the safari. The average cost for your Tanzania budget safari is around 19 0 to 250 per person per day depending on the above-mentioned factors; Number of people travelling, the parks that you want to visit and what accommodation style you choose. 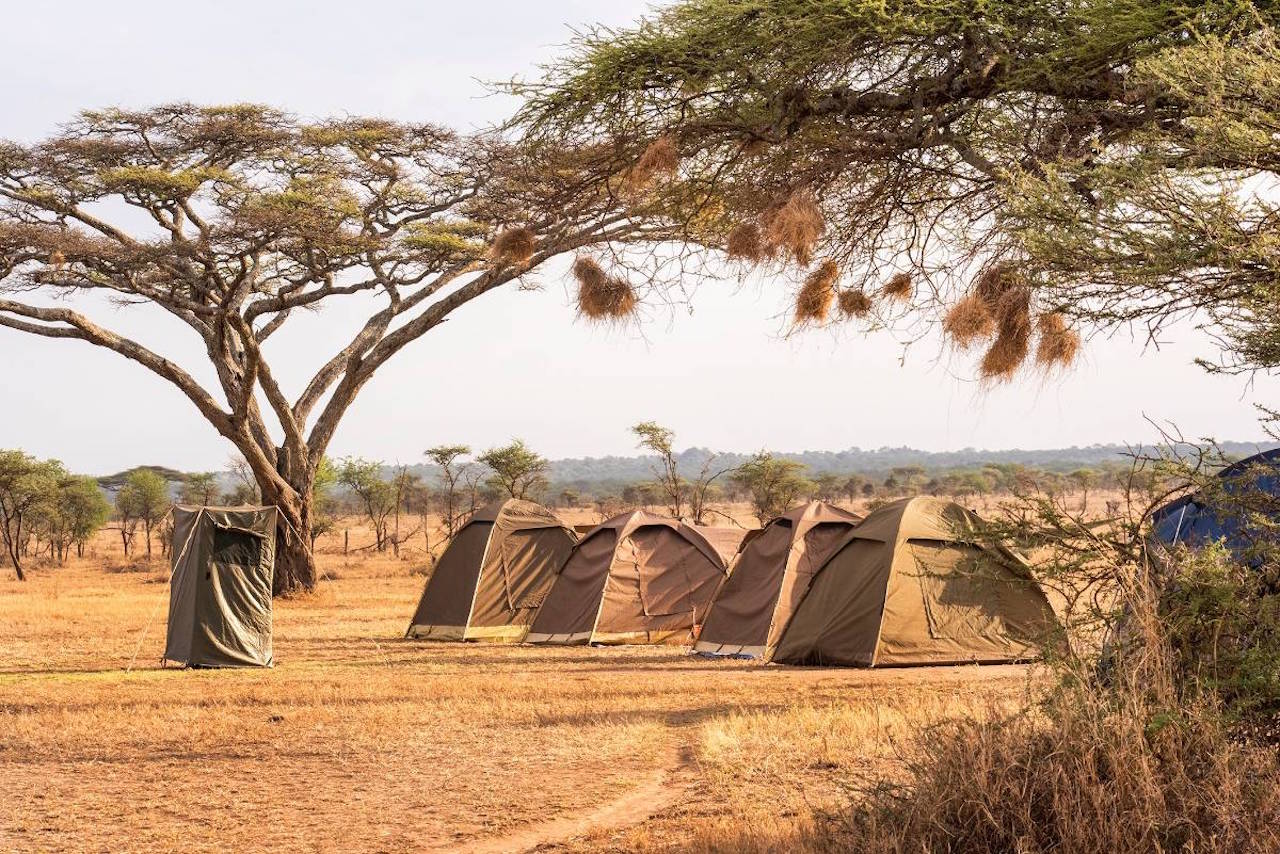 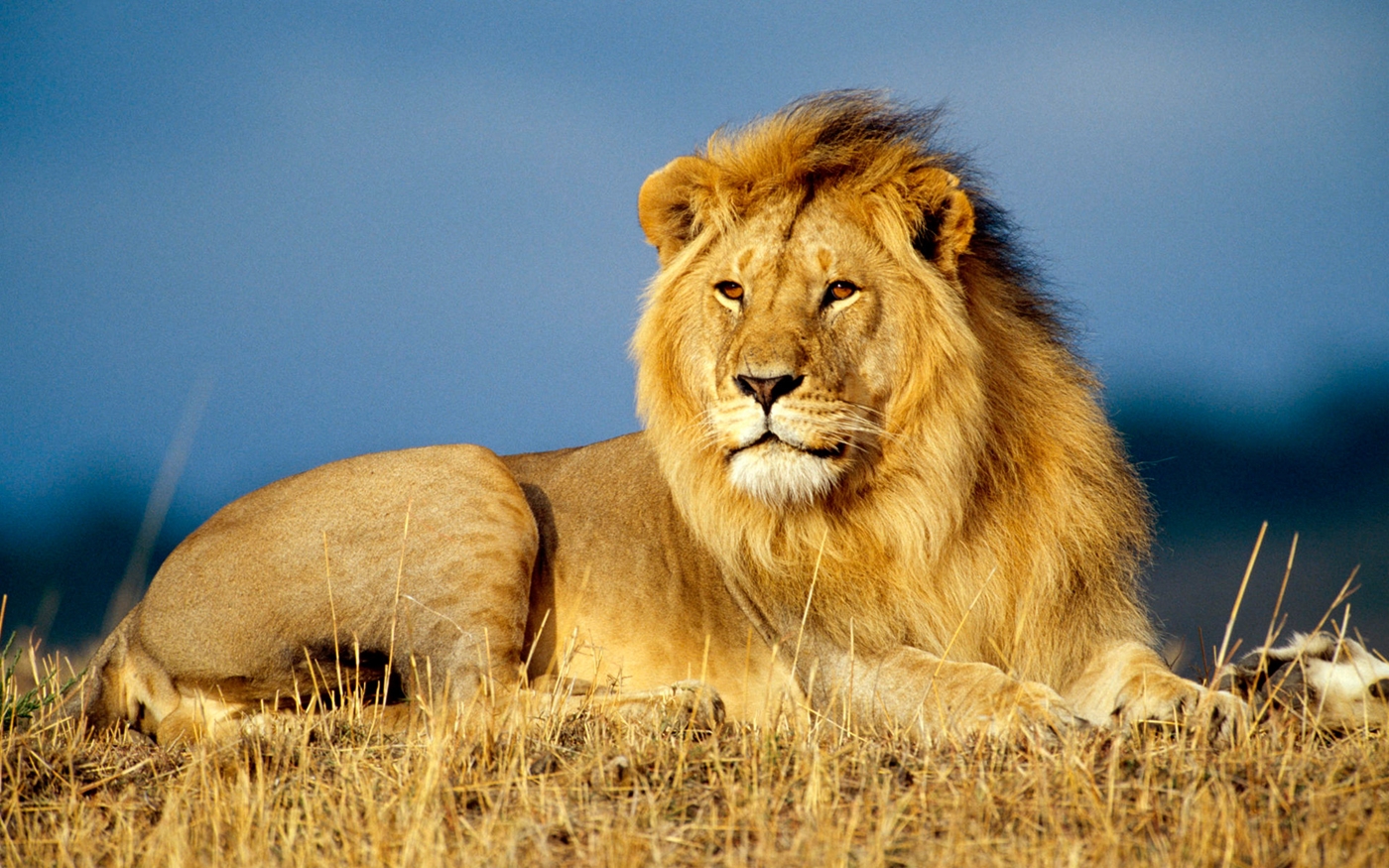 One of our top selling packages, this is a 4 days affordable lodging safari where you stay at clean and safe lodges and tented camps while still keeping costs low.

The package takes you to Tarangire National Park, Serengeti National Park and ends at Ngorongoro Crater. A great sneak preview to the Northern Tanzania safari Circuit, you can even spot all the big 5 and see the wildebeests migration herds in their thousands with a little bit of luck. 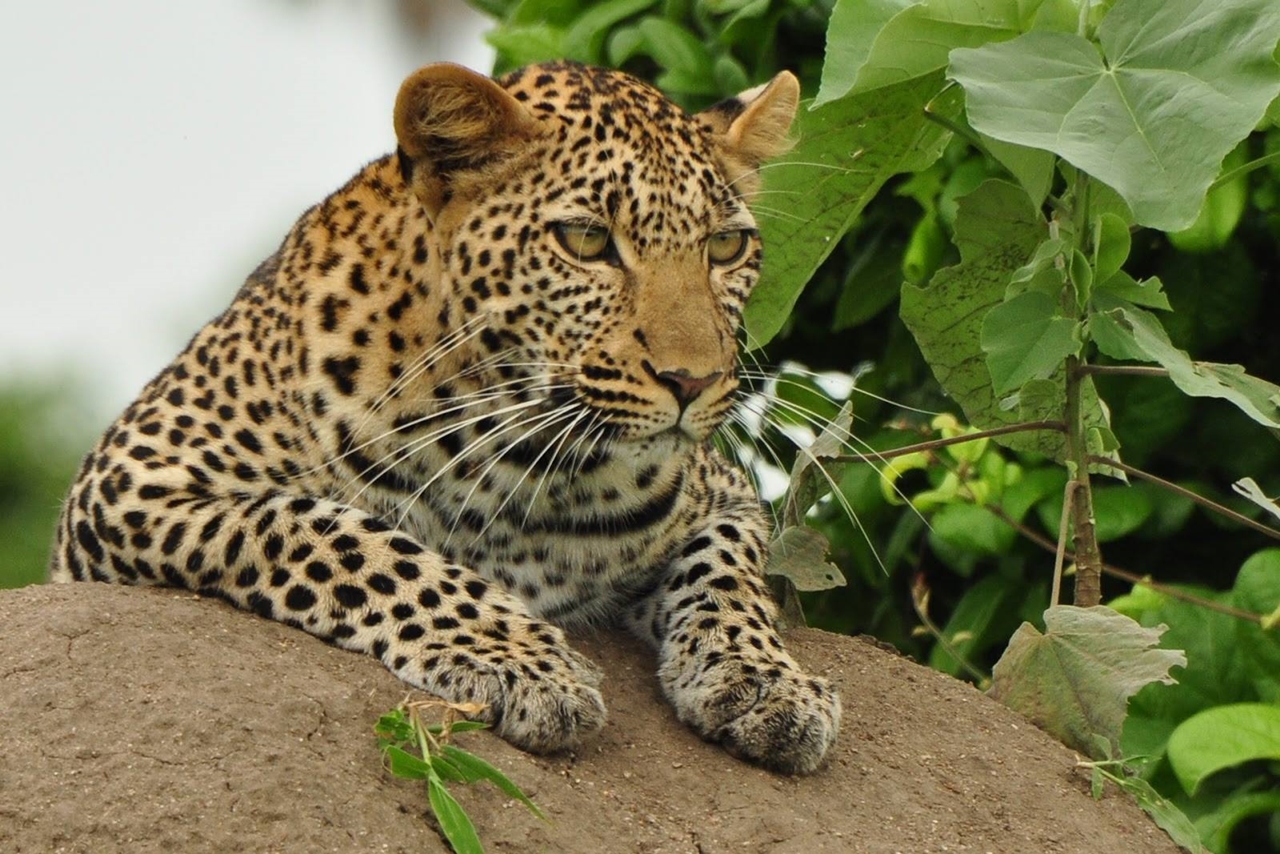 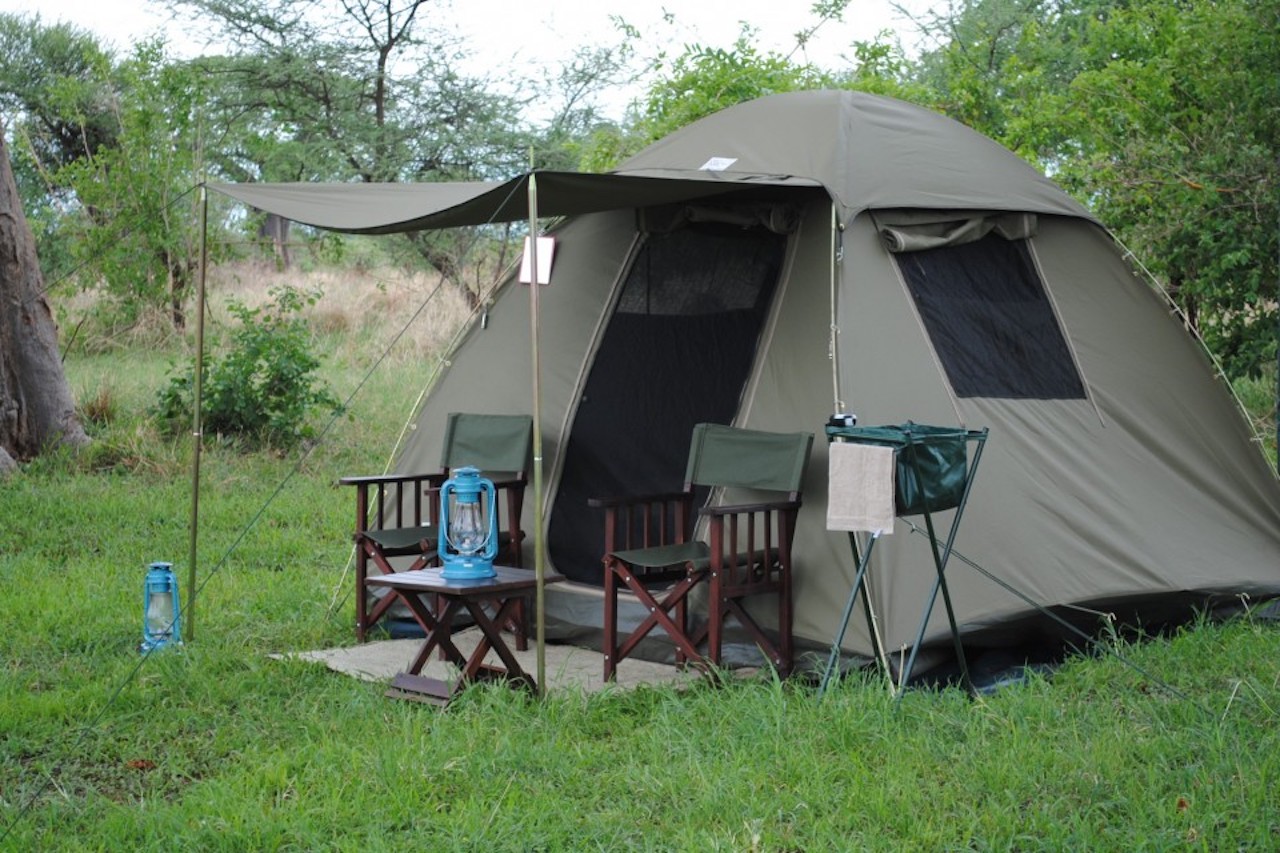 5 days of Pure African adventure in the best of parks in Northern Tanzania! This budget Tanzania safari, takes you to Tarangire National Park, Ngorongoro Crater and the Serengeti National Park.

While staying in the middle of the wilderness and closest to nature, this is a basic camping safari staying at campsites inside the parks as well as around the park's boundaries. Don't miss this great adventure opportunity! 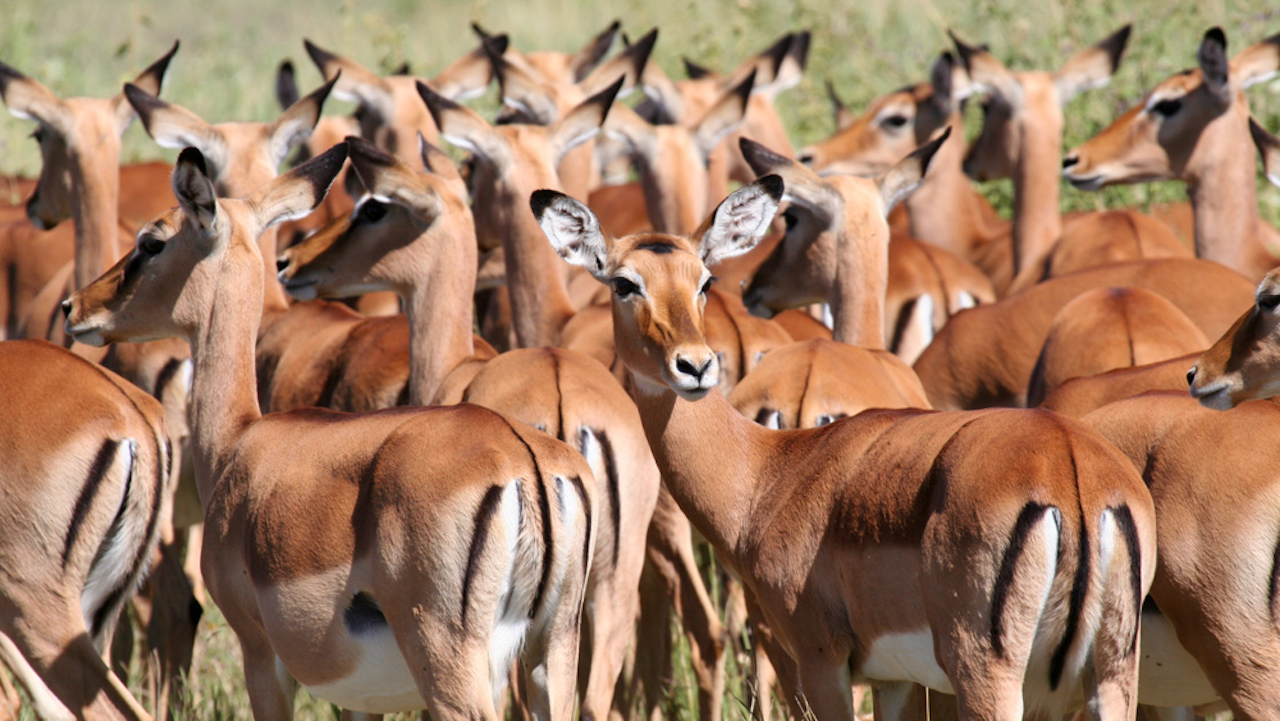 This is a budget Tanzania camping safari version of our 4 days safari to Serengeti and Ngorongoro Crater which are the most famous and most visited national parks in Tanzania.

Visit Ngorongoro & Serengeti at a budget while staying closest to nature and enjoy an adventure of a lifetime, only with Tanzania Safari Supremacy budget tours.

This is our Wildebeests Migration camping safari in Tanzania. Visit Lake Manyara National Park, Serengeti and the Ngorongoro Crater with accommodation at safe and clean public camping grounds.

Hot water s is available in the camping sites and a common 'Mess' for all campers is also provided for where your private safari chef will prepare and serve your meals.

Join us on this African adventure where you will get to spot all the bIg five in the wilderness of Tanzania's best parks and conservation areas.